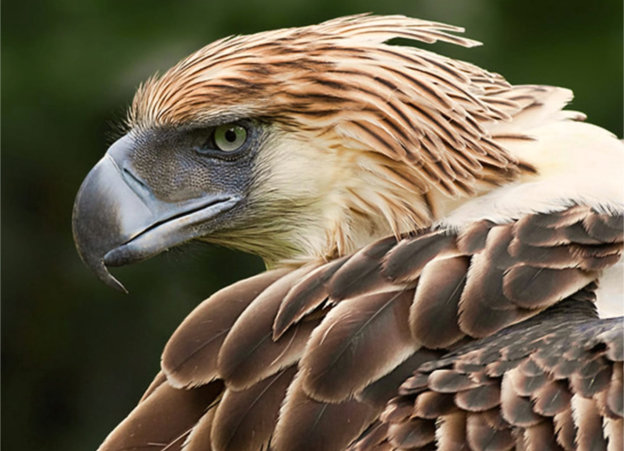 In the steamy rainforests of the Philippines, lives one of the largest, and most powerful of raptors. But this magnificent bird teeters on the edge of extinction with only 300-500 still living. The Philippine Eagle sits one meter tall, from its head to its talons. That’s over 39″ of glorious bird—and when it takes to flight, its wingspan spreads to nearly eight feet!

The Philippine Eagle’s talons have a 9″ spread, which is large enough to kill most other animals. They were originally termed the “monkey-eating eagle,” but scientists learned that their preferred diet is lemurs, hence the name change.

But the name-change is the least of its troubles. These giant birds need large tracts of rainforest to habitate, but that’s exactly what the logging industry is devouring in the Philippines. Less than 10,000 km² of rainforest remain within this eagle’s range.

Like the largest raptors, the successful Philippine Eagle pair only raises one offspring every two years.  The pair mates for life, which runs 30-60 years, but the introduction of man throws that out the window. Recently built logging roads, reaching up into these remote regions, attract poachers, which worsen the odds for the eagles, given the massive habitat loss the eagle is suffering.

The Philippine Eagle Foundation is providing much needed oversight for this birds survival, but one has to wonder if its enough. Wildlife photographer Neil Rettig created a breath-taking follow-up to his original movie on these eagles and their plight, and it was released in June 2019 by the Cornell Lab of Ornithology. I’ve included the link to the video below. Please watch it and give generously to the Foundation—these wonderful birds deserve it! 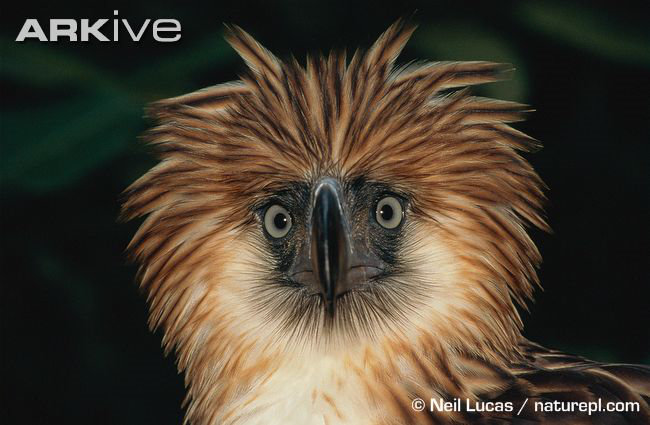 “Bird of Prey” is the full-length documentary on the Philippine Eagle, released in 2019. You can watch it for $0.99, but the money goes to the Philippine Eagle Foundation and you can buy it for $12. It seems fitting that we can at least spring for $12!

Birds of Prey —The trailer and movie filmed by Neil Rettig