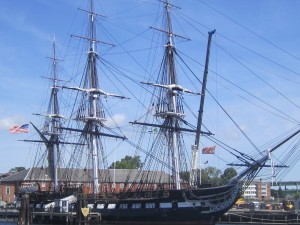 My close friend’s father passed away on April 26. I had the honor of bagpiping for his funeral, and the Navy’s honor detail was from the USS Constitution. Charlie “Tiger” McCune had served as a PT boat Machinist’s Mate in WWII, and he would have been 99 if he had lived just a scant month longer (this Sunday is his birthday!)

Because the funeral detail on Constitution’s crew also manages the flag service, we arranged to have Tiger’s burial flag flown on the ship. It’s a service Constitution offers US citizens. Today, my friend Diane and her son Nate drove me and Tiger’s flag to Charlestown where we met Airman Emily Jane Judy. (Yup, three first names, and an airman on a Navy ship!) Emily was on the honor detail at Diane’s dad’s funeral, so it was terrific to see her again. 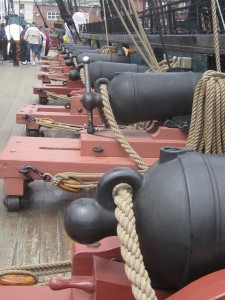 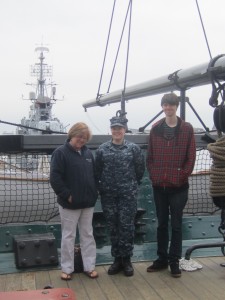 Emily offered to get a second shipmate to help her fly and then refold and present Tiger’s flag, but then she asked if Diane wanted to assist her…and she got a determined, “YES!” in answer. 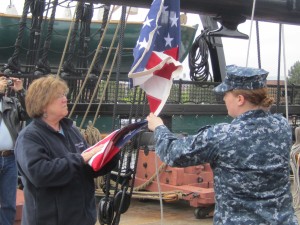 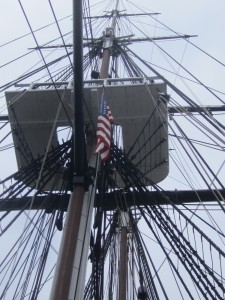 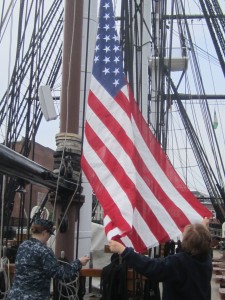 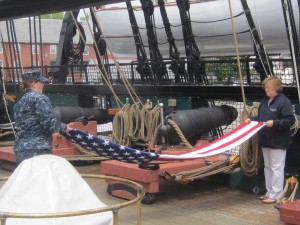 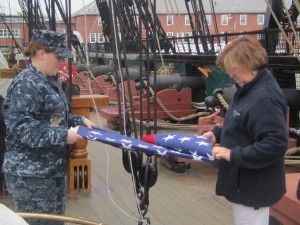 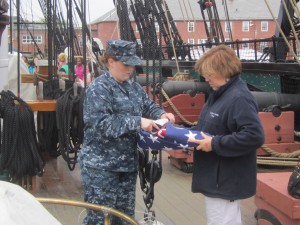 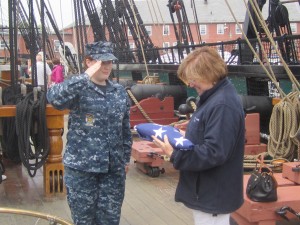 Needless to say, it was emotional for all, but I was so moved by Emily’s thoughtfulness in her offer. It was such a beautiful tribute that Diane could render to her dad. Emily then gave us a personal tour of the ship, showing us all the “cool” spots off the public tour. I’ve seen them before, but I can never get enough of such a fantastic piece of our US heritage, and the stories…I can’t ever get enough of those either! For Diane and Nate it was magical – the Navy had been such a huge part of Tiger’s life and pride. 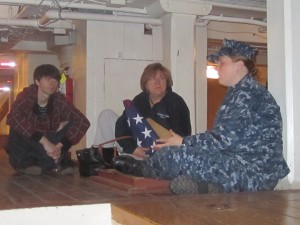 Here, we’re sitting on the orlop deck deep in Constitution’s hold. There’s no headroom (especially for Nate!), but sitting and hearing Emily’s stories about the ship and her service was comfortable and most welcome.

In all of my dealings with Constitution’s crew and commanders over the years, I’m continually impressed with how caring and giving they are with their time, knowledge, and passion. Huzzah! to you, the men and women of the USS Constitution, and so many thanks for your dedicated and compassionate service! 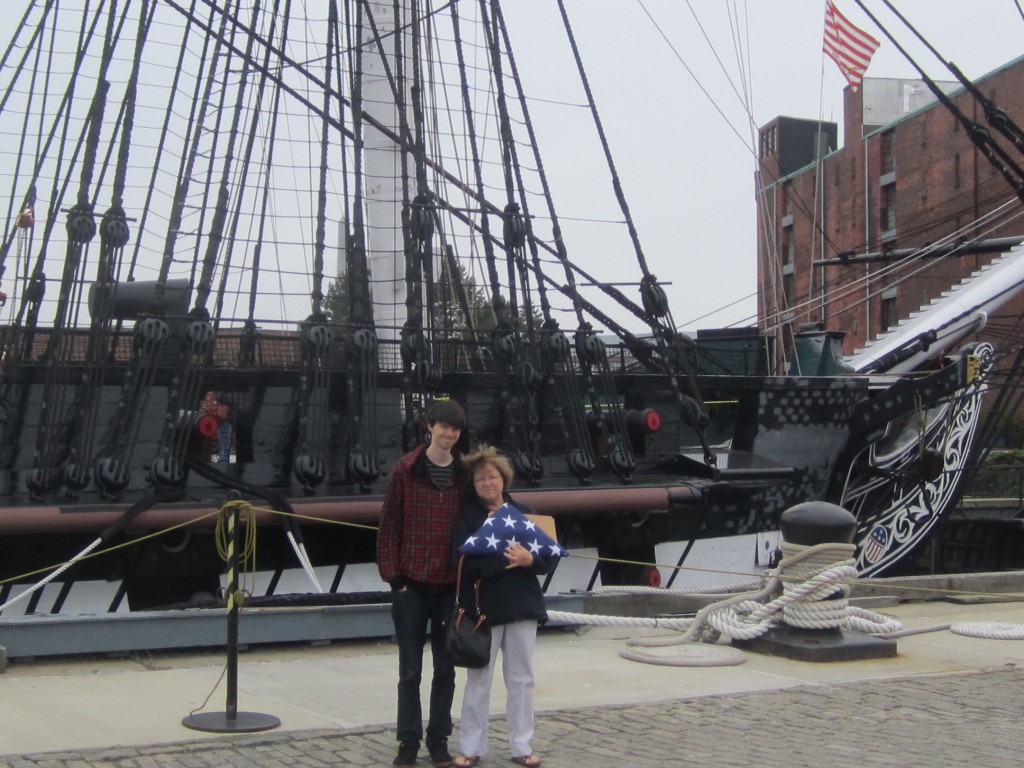